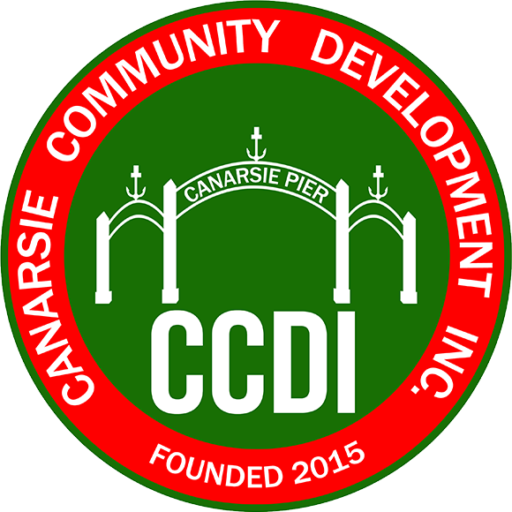 In October 2012, the Canarsie community was devastated by Super Storm Sandy – a disaster for which the community was neither prepared nor organized to respond.xSubsequently, a committee led by current CCDI Executive Director, Harold Jones, was created to propose projects for the recovery of Canarsie. This committee proposed projects totaling $18.8M for approval and funding. In March 2014, through the NY Rising Program, Canarsie was awarded $11.9M by the NYS Rising Committee for recovery projects.

After the NYS Rising Committee disbanded, in 2016 five former members created Canarsie Community Development Incorporated (CCDI) to give a voice to the residents of Canarsie and help them prepare for any future disasters.

Two of the goals of CCDI were (with the involvement and participation of community residents) to monitor the NY Rising projects from funding to completion and to identify and address the problems in Canarsie through the formation of block associations. 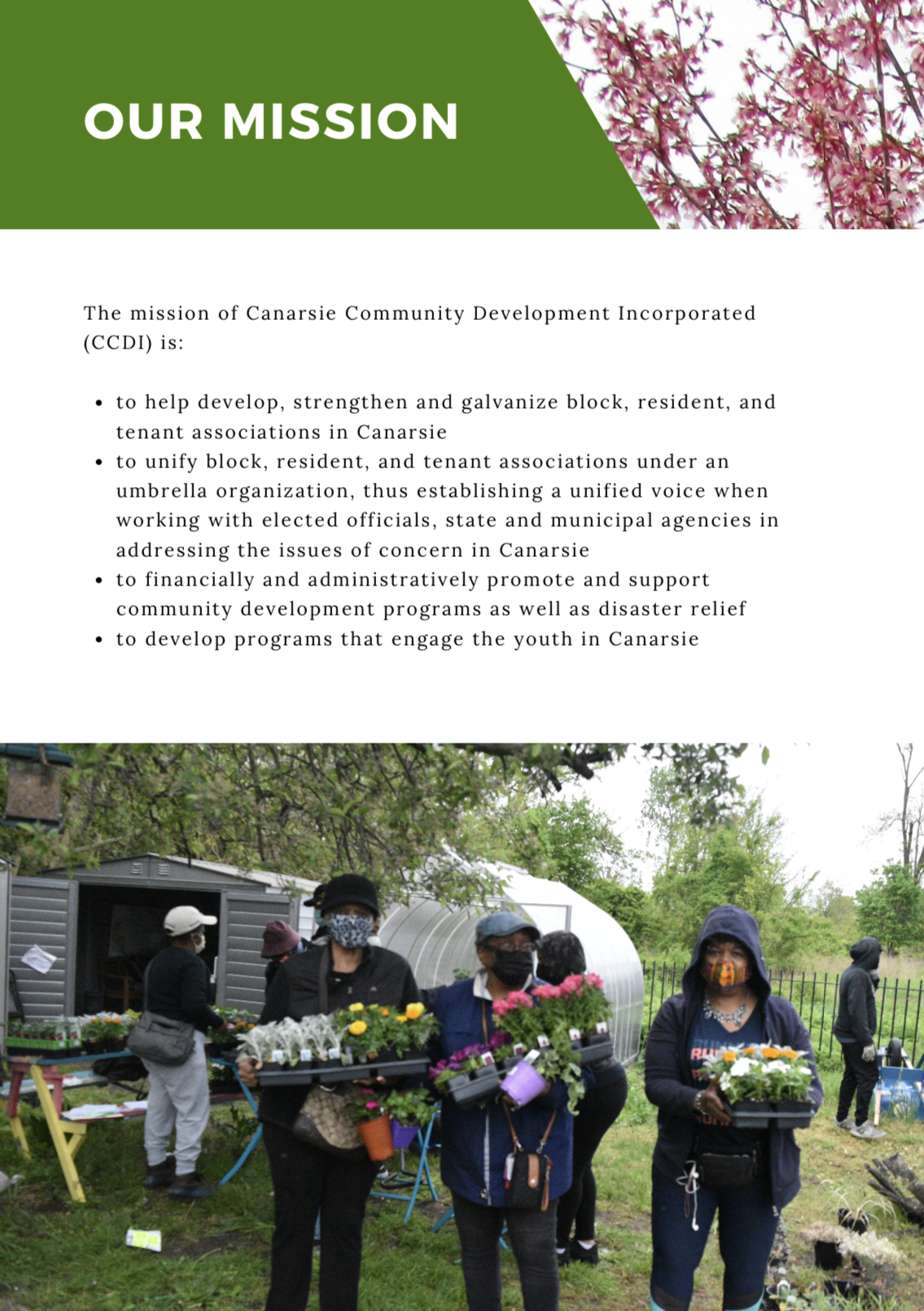 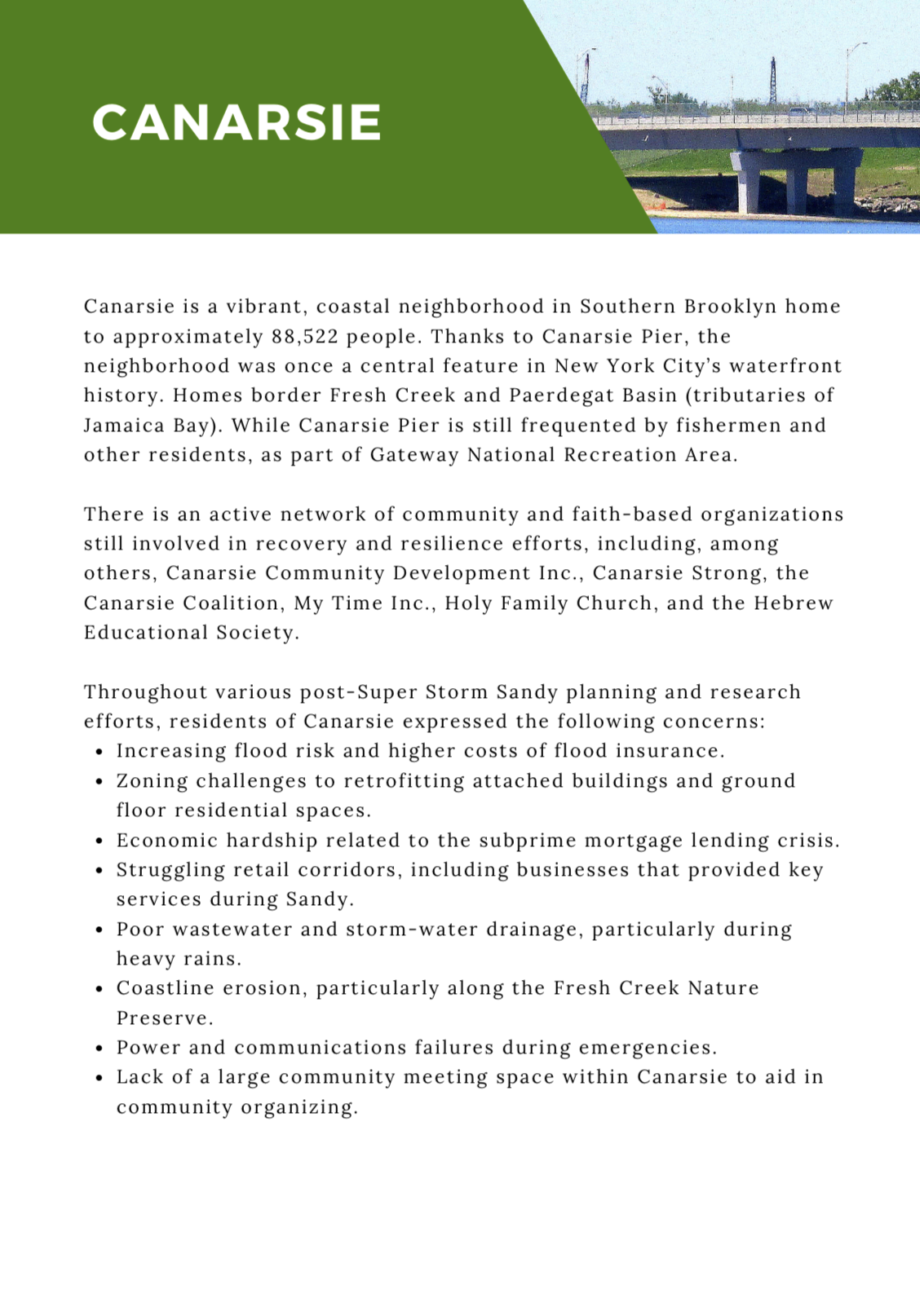 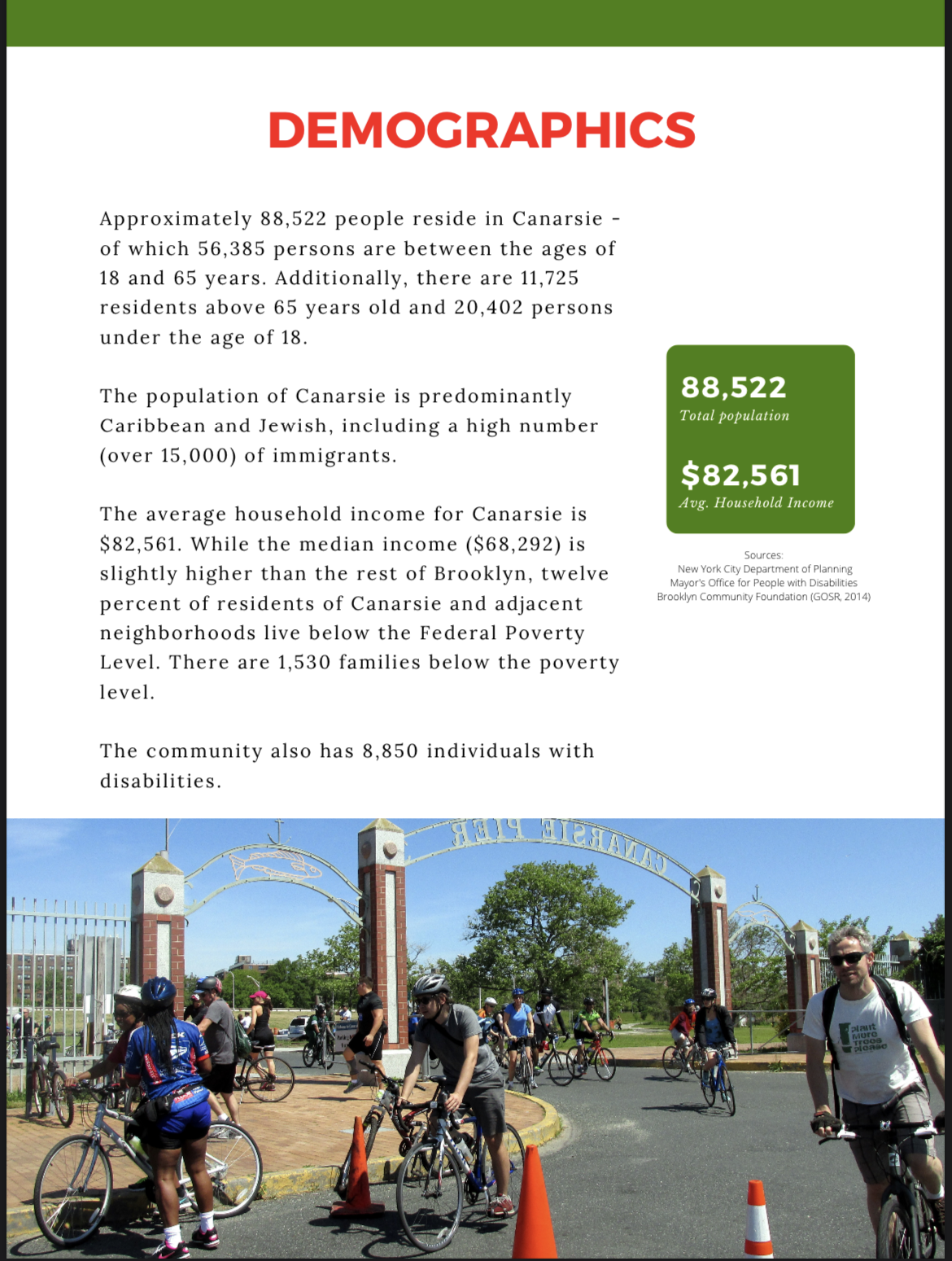 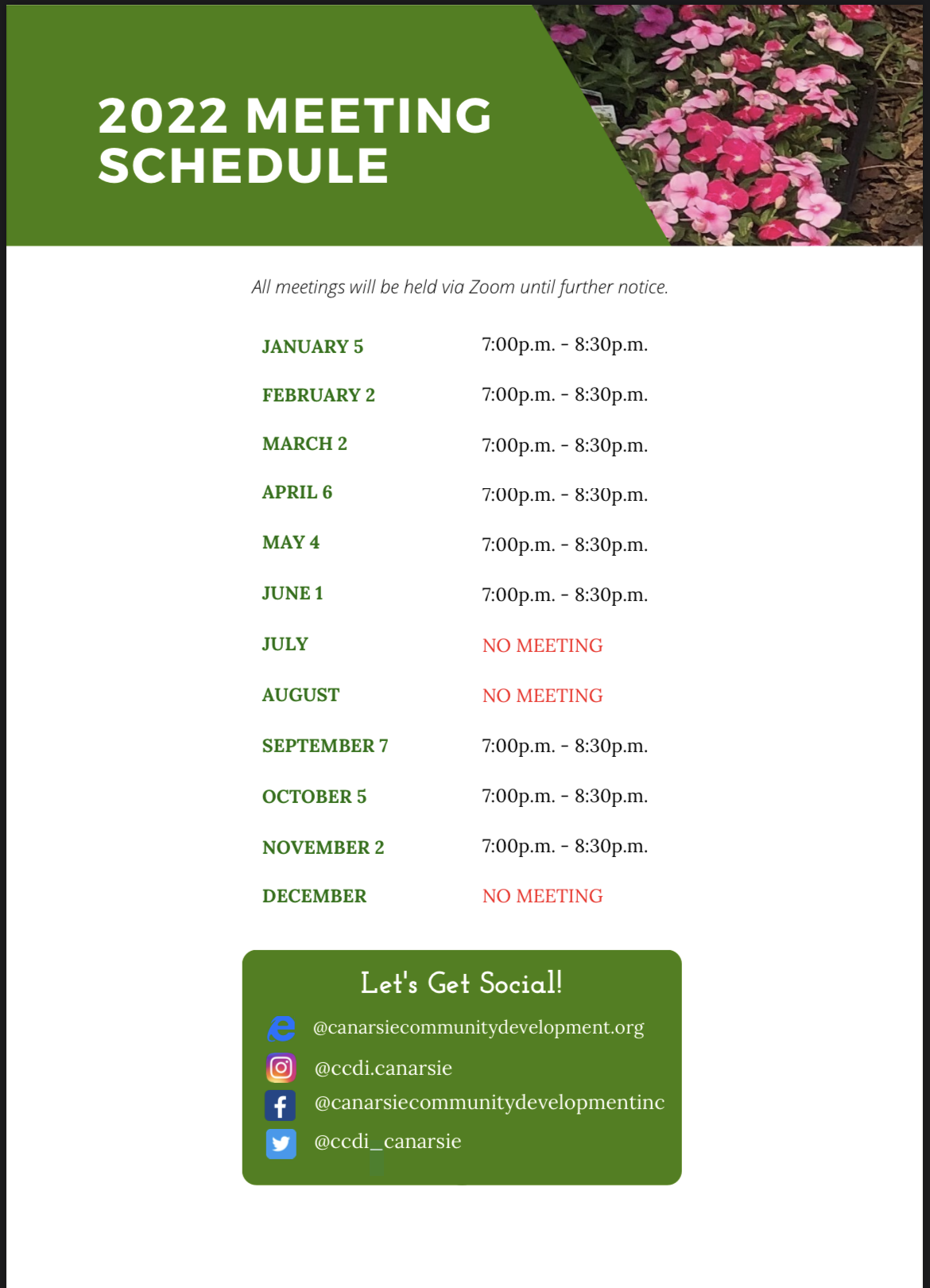 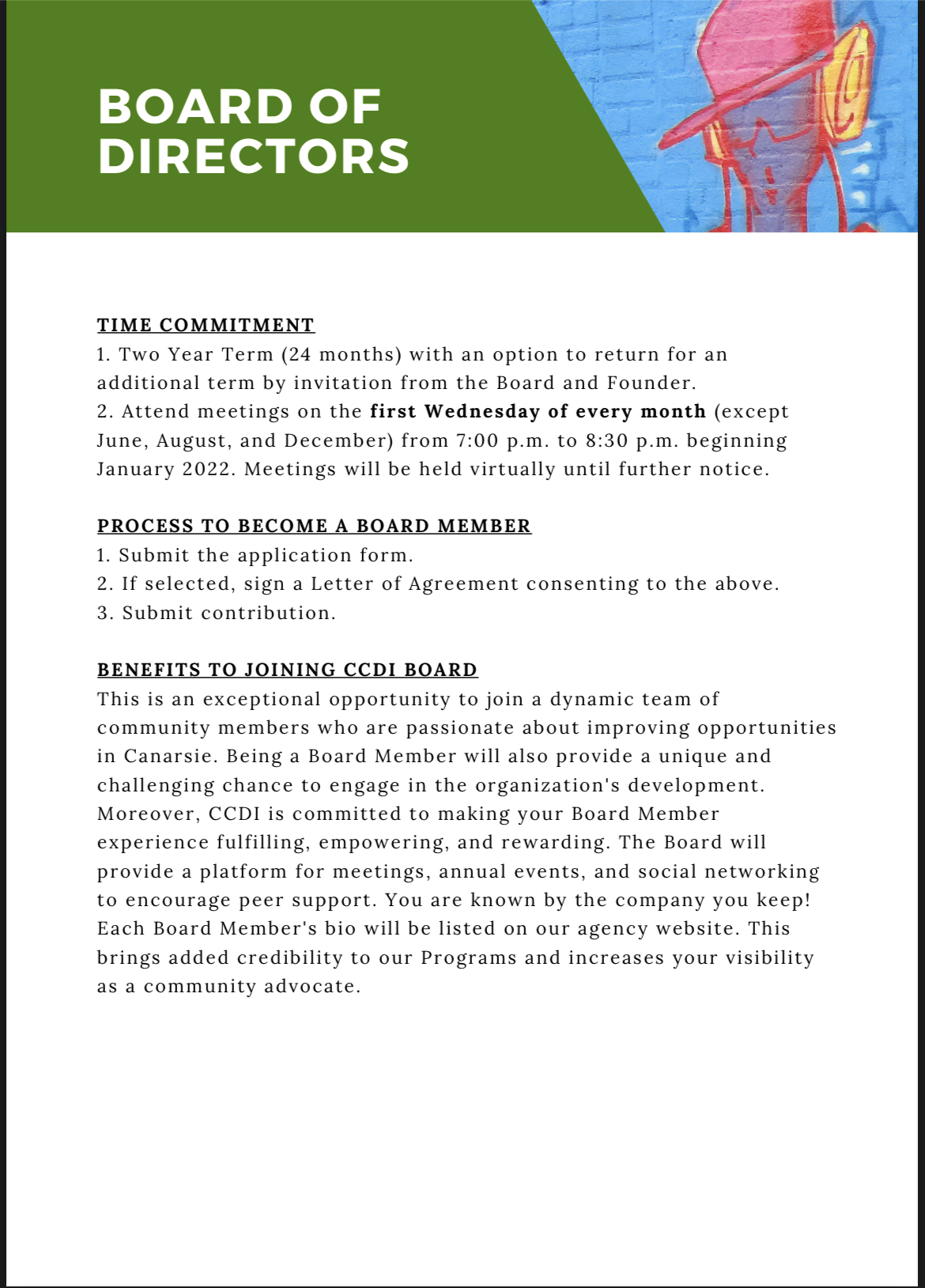 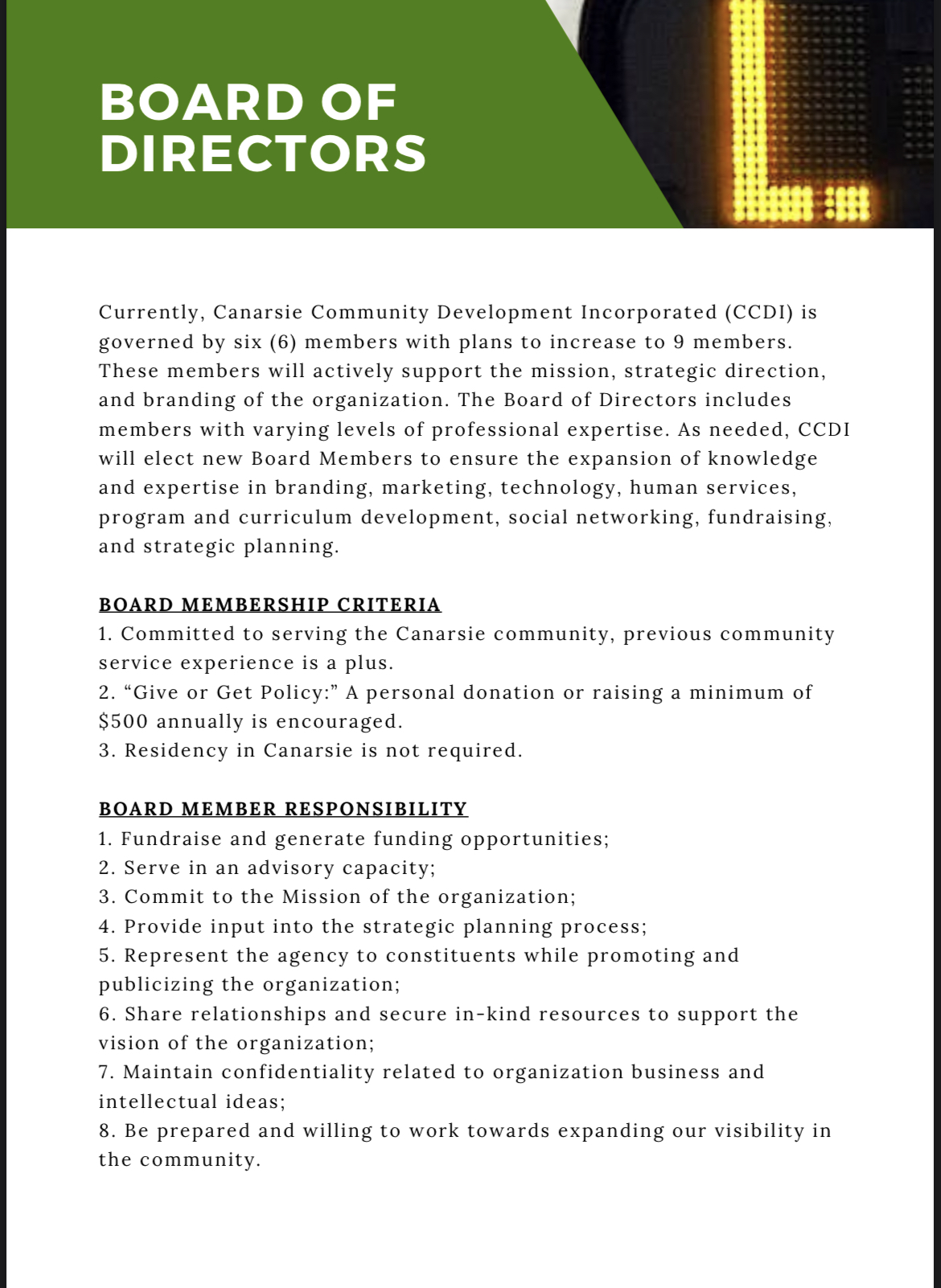